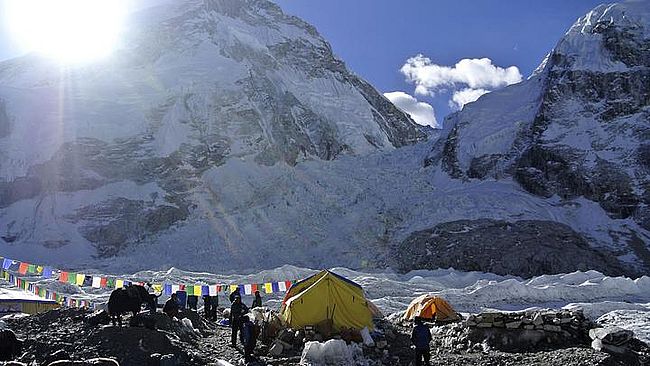 At the top of the highest mountain in the world – Everest, a 5G signal appeared. China Mobile operator Xinhua reported this news. “Located at the highest altitude in the world, the 5G transmitter began operating Thursday, signaling the summit of Everest,” the paper said.

It is noted that the transmission station is mounted in a mountaineering camp at an altitude of 6500 meters. Previously, two other stations had been erected for her work at heights of 5,800 and 5,300 meters. Now a stable 5G signal is available on the northern ridge of Everest and on the summit, which rises to 8,848 meters above sea level.

According to China Mobile management, the deployment of Everest 5G is being done in parallel with the official measurement of the height of the mountain, which began on Thursday. The transmitter at an altitude of 5,300 meters will meet the needs of the people at the base camp as soon as the technological tests are completed, and the other two stations will be dismantled after measurements later this year.

Until then, they will allow for research, environmental monitoring and live broadcasts.

The services of Callboxs are highly valued by business clients who want to increase their sales growth, enlarge client segment and extend their business. We are always responsible for our work and we are able to resolve complex problems professionally. The whole work process is carried out with the help of a modern technological equipment. By turning to us for services and solutions that we offer, you will be happy with the final result!